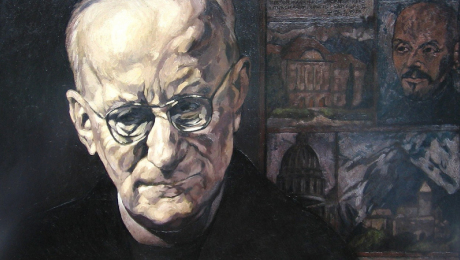 The Liturgical Movement, begun under the best auspices, first wanted to restore the liturgy somewhat abused by the passing centuries, but also to respond to the secularization at work in European society since Luther’s Reformation and the French Revolution .

To reach their end, Dom Guéranger, as well as St. Pius X, sought to show the abyss that separates the modern, self-proclaimed profane world, from the sacred world of grace, the Church, and her liturgy. The latter is an important means of resisting this new society which is being built without God, or even in opposition to Him.

On June 4, 2020, Bishop Athanasius Schneider, auxiliary bishop of Astana, Kazakhstan, made a declaration, published by LifeSiteNews, on the Abu Dhabi Document signed on February 4, 2019 by Pope Francis and the Grand Imam of Al-...

History of the Portiuncula

Our Lady of the Snows

Our Lady of the Snows is an old name for St Mary Major, a Church that is a Major Papal Basilica in Rome and the biggest Marian Shrine of ancient Christianity, being originally constructed by Pope Liberius around the year 360.

The Vatican Incurring an Increased Deficit?

The deficit of the Holy See, estimated between 50 and 70 million euros, is not the result of poor administration, assured Fr. Juan Antonio Guerrero Alves, prefect of the Secretariat for the Economy of the Holy See, on May 13, 2020 in...