The Jewel of Tintoretto

The Scuola Grande of San Rocco in Venice is a unique building where the richness of the marbles, ceilings, and walls as well as the profusion of the decoration of the woodwork and paintings occupy the eye and captivate the visitor.

Seat of the Archconfraternity of St. Roch, people flock there to admire paintings by Titian, Tiepolo, and Tintoretto. It was in this Venetian school that Tintoretto embarked on an extraordinary and fascinating enterprise, where he was able to give free rein to his art and his talents.

In the Salle dell'Albergo, Jacopo Robusti, known as Tintoretto (1518-1594), painted Christ before Pilate, in 1566. In a complex decor, where figures, columns, and details abound, from a line of light emerges the Savior dressed in white.

He has returned from Herod, who dressed him in the garb of fools, out of derision (Lk. 23:11). Christ is bound, He stands before Pilate, one step below, appearing before His judge. But He dominates him. He certainly has His head bowed, but Pilate, his gaze shifting, is lower than He. Pilate appears almost ashamed.

Pilate looks like a philosopher, a sage of this world, a sort of prematurely aged Socrates, who has become sad and skeptical. He washes his hands which disappear in the dark. Christ’s hands are clearly visible, as well as His shackles which will soon give way to nails.

Christ has just been condemned to death. If He bows slightly, it is a sign of acceptance of His Father's will. Radiating light, immaculately white, He attracts all eyes. Humble and peaceful, infinitely worthy and master of events, His whole person reflects the beauty of the Son of Man and the nobility of the Son of God. He is majestic.

On the threshold of His Passion, Jesus Christ appears before His executioner like the lamb led to the slaughterhouse (Is. 53:7). As the prophet had announced, He is about to be trodden in the winepress, to see His garments covered in blood (Is. 63:3). This white garment, which covers His tall stature, announces the shroud in which He will soon be wrapped in the sepulcher.

This jewel painted by Tintoretto shows the majesty of the Savior in His Passover. 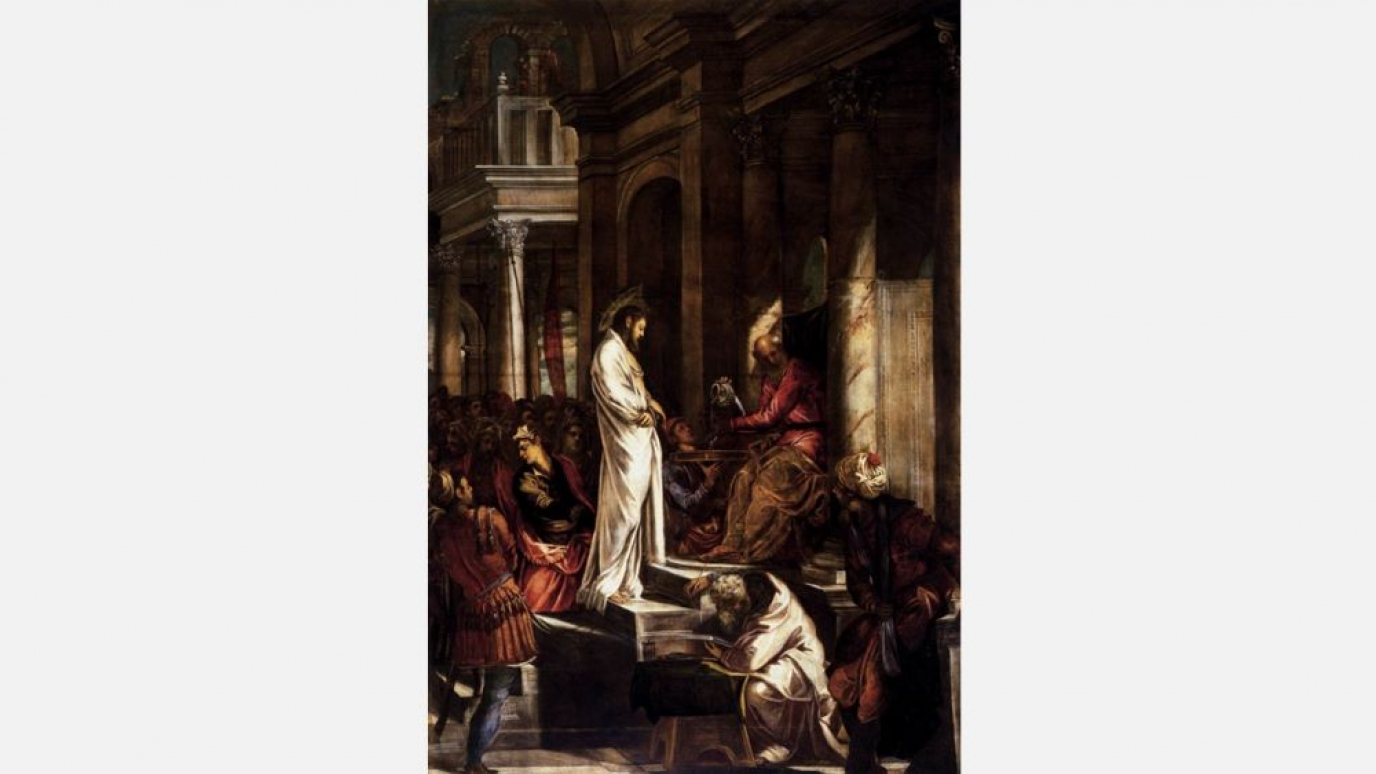 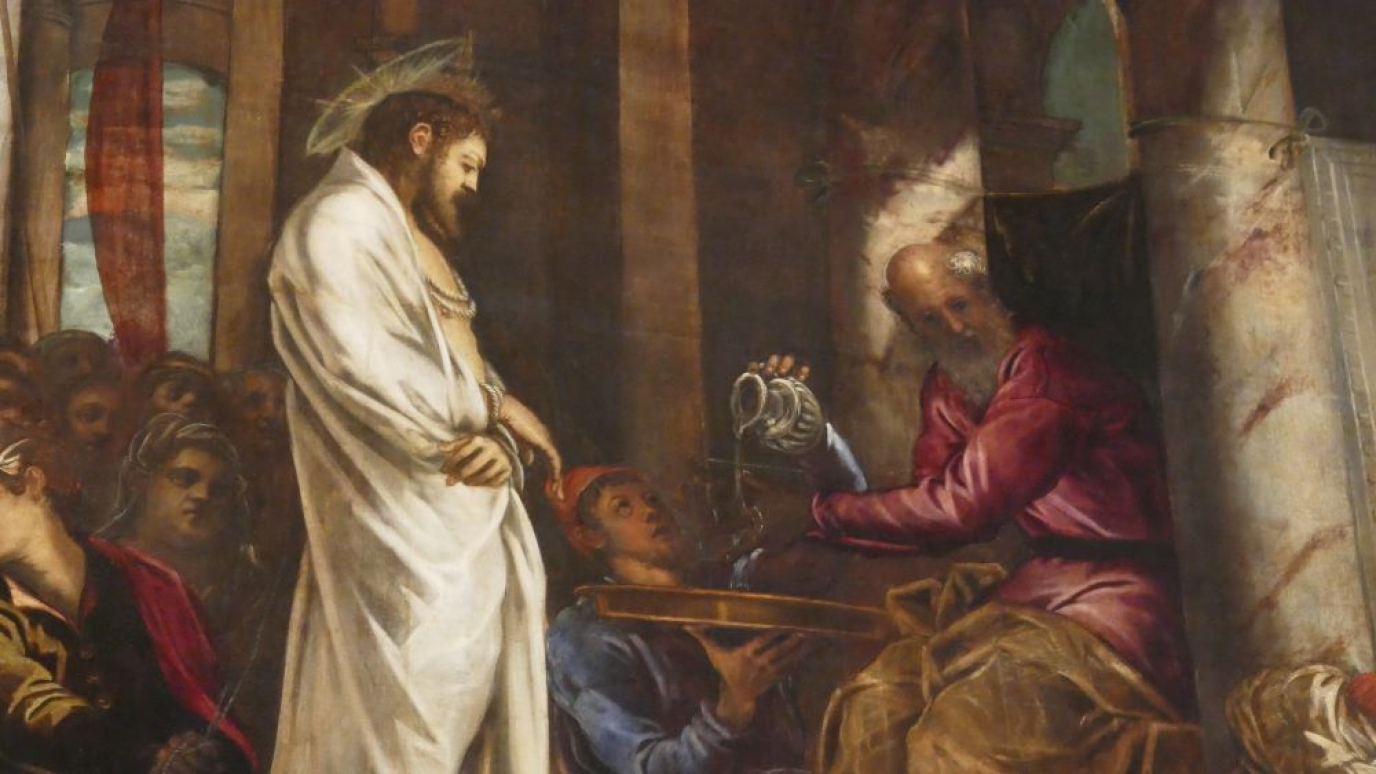