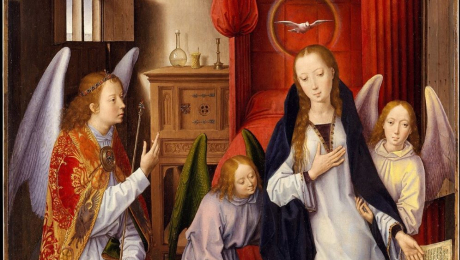 In Mary, maternity, because it is divine, goes beyond mere human maternity. The Son of Mary only began His humanity in her. It was not she who “made” her Son, it was He who made His mother His own. Mary gave a human nature to God, but it is God who received it, who comes to take it. The result is a new relationship, more than maternal.

Benedict XVI: Behind the Scenes of His Resignation

Who knew about Benedict XVI's resignation and for how long? Who did the Pope Emeritus confide in? An Italian Vaticanist takes stock of a behind-the-scenes resignation that changed the face of the Church.

For several years, Pope Francis's preaching and activity has focused almost exclusively on migration. Today, however, the Pontiff seems completely absorbed by another theme dear to him, that of ecology.

Press Review: “Traditionis Custodes” in the Context of the C

There have been many comments and analyses of the Motu proprio Traditionis Custodes this summer. All place the decision taken by Francis to limit the celebration of the traditional Mass as much as possible in the context of the...

On Thursday, October 7, 2021, on the feast of Our Lady of the Most Holy Rosary, the Polish constitutional court ruled that part of the European treaties were incompatible with the country's Constitution.