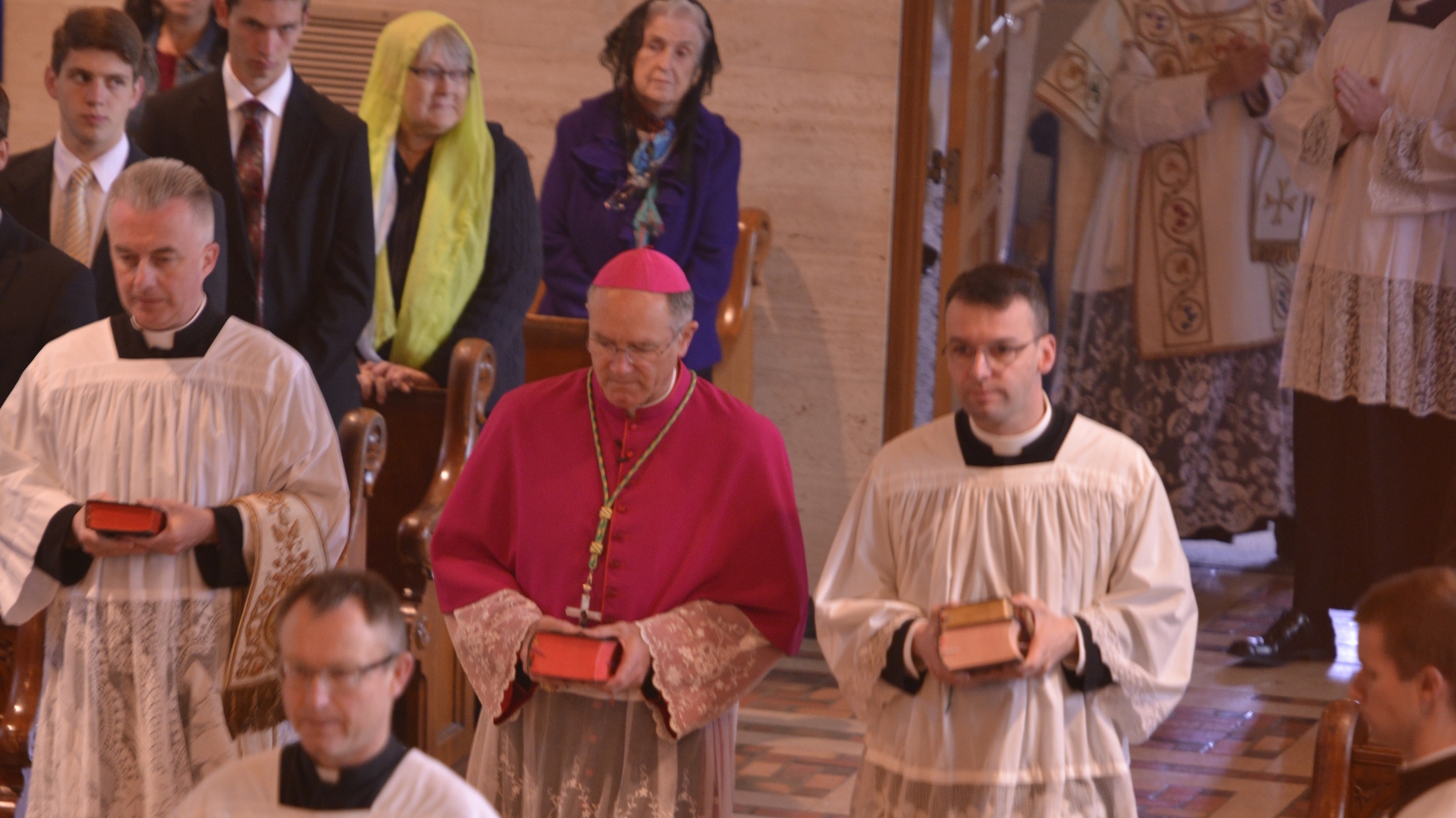 Images from the priestly and diaconate ordinations performed by Bishop Fellay at Holy Cross Seminary in Goulburn, Australia on December 17, 2015 and of the First Masses offered by the 2 new priests on December 18th.

A Standard of Hope

This video highlights the continuing progress on the construction of the SSPX's new seminary in Virginia. Below are some extracts from the priests who commented about the crucial importance of this new edifice devoted to the formation of Catholic priests.

This facade gives the building a special beauty—a beauty worthy of it's purpose; to form priests for the Church; and a durability to ensure this work will continue for generations to come.

On September 28th, 3 postulants were received as novices at Cure of Ars Seminary in Flavigny, France. On September 29th, 3 brothers pronounced their first vows, another renewed vows and another made his perpetual vows. A brother also celebrated his 25th anniversary.

At Our Lady of Co-Redemptrix Seminary in La Reja, Argentina on September 27th, a postulant became a novice. while on September 29th, 2 brothers renewed their religious vows.

2 brothers of the SSPX renew their religious vows on September 29th at Christ the King Church in Ridgefield, CT.

Images also show the brothers during their annual retreat and Fr. Christopher Brandler preaching during the Mass offered on the Feast of St. Michael the Archangel.

The first 6 images show the ordination to the subdiaconate of 3 seminarians held at Our Lady of Sorrows Church in Phoenix, Arizona.

The remaining images are from the ceremonies held at Holy Cross Seminary in Goulburn, Australia, consisting of the administration of the clerical tonsure and ordination to the minor orders of 3 seminarians, and the ordination of 3 subdeacons.

Images of the ceremony of solemnly consecrating the SSPX's Phoenix, Arizona church dedicated to Our Lady of Sorrows on September 13, 2015.

Synopsis of the order of the ceremonies as shown in the images:

Images from the ceremony of September 13, 2015, when 9 seminarians took the cassock at the SSPX's seminary in La Reja, Argentina.